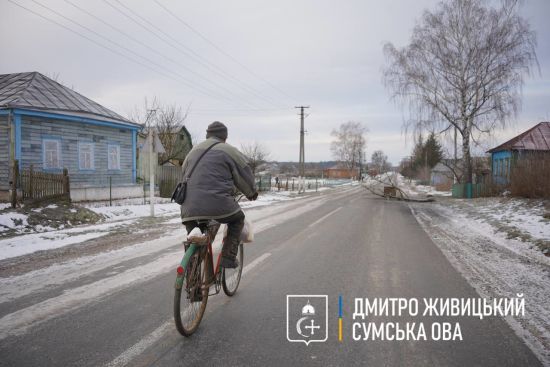 During January 25, 2023, the Russians carried out 60 strikes on the border of Sumy Oblast.

About it in social networks reported Dmytro Zhivytskyi, head of the Sumy Regional Military Administration.

“In all cases, there were no casualties or damage. We believe in our defenders,” the message reads.

On January 23, 2023, Russian terrorists again massively shelled Sumy Oblast. The village of Kucherivka, Sumy Oblast, came under fire. Russian terrorists fired at a residential building large family. A mother of two children died at the scene of the tragedy, and three more people were injured. They are all members of the same family.