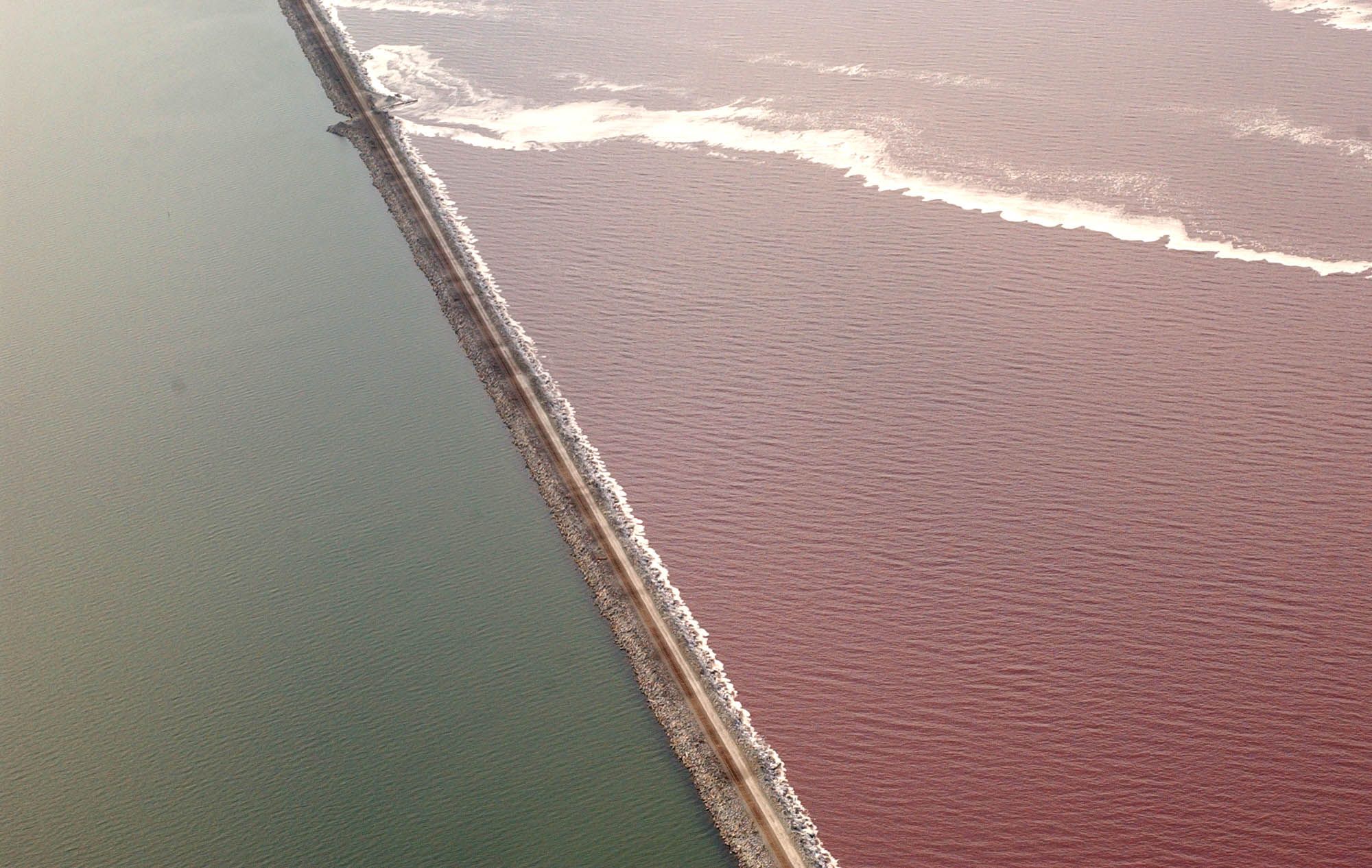 The Great Salt Lake is so dry, and its water so salty, that resource managers have partially closed a breach in a railroad causeway to stem the flow of hypersaline water between the north and south arms.

The lake hit a record low elevation for the second year in a row in July, and it has continued to drop nearly every day since. Less water means concentrated salts and minerals, which could spell trouble for brine shrimp, brine flies, birds and the industries that rely on them.

“The salinity of Great Salt Lake plays an important role in shaping the lake’s unique ecological, recreational and mineral resource use,” said Laura Vernon, Great Salt Lake Coordinator for the Division of Forestry, Fire and State Lands, in a news release. “Unfortunately, the decrease in freshwater inflows has led to an increase in salinity that is detrimental to these resources.”

The rock-filled causeway replaced a wooden trestle rail line bisecting the lake in the late 1950s. Gunnison Bay, in the lake’s north arm, doesn’t have any rivers flowing to it, so the railroad created two culverts to ensure fresh water reached the area.

Those culverts, however, slowly sunk into the lake bed sediment, effectively cutting off Gunnison Bay from the rest of the lake. That’s why the hypersaline north half of the lake is a red-purple color, while the fresher south arm is blue-green.

Worried about the lake’s ecosystem, as well as how to send rescue boats to the north arm, state regulators required Union Pacific to create a new breach through the causeway in 2016.

Now they’re worried about too much salt migrating south. In response, engineers with the Division of Water Resources dumped rocks into the culvert and created a four-foot berm to slow the water exchange between the two arms.

They finished the project in July, and it does, indeed, seem to be slowing the salinity flow.

“Initial readings indicate that the completed work is significantly reducing the flows of the higher salinity waters through the bottom of the channel,” said Eric Dixon, a section manager at the Division of Water Resources, in the news release.

Union Pacific provided rocks for the berms from one of its quarries, which helped speed the process, according to Great Salt Lake Ecosystem Program Manager John Luft.

Image courtesy of the Utah Division of Water Resources.

“The happy medium for brine shrimp is 12 – 16%” salinity, Luft said. “The north arm is at 27% right now, and it’s literally not productive. Brine shrimp can occasionally survive up there, but they’re not reproducing.”

Anything higher than 16%, and brine shrimp direct all their energy into staying alive, rather than producing cysts. And no cysts are a big problem for the lake’s multimillion dollar brine shrimp industry, since that’s what they collect, package and ship across the world.

It’s also a problem for the hundreds of thousands of birds migrating to the Great Salt Lake to gorge on its shrimp buffet.

The Great Salt Lake Ecosystem Program was unable to collect data for months, Luft said, because the water is so low boats can’t launch out of the state’s marinas. He recently negotiated a deal with the brine shrimpers to use one of their harbors.

Their most recent data show salinity at 18.4% in the south arm. It’s an unknown zone for lake researchers, and Luft isn’t entirely sure how the shrimp will respond.

“The brine shrimp, as far as numbers go, are OK” so far, Luft said. “The only difference I’ve noticed is they acted like it was late fall in the middle of the summer. They started producing cysts earlier.”

That’s because the Great Salt Lake’s rivers were hardly carrying any fresh water to the lake, along with all the nutrients that create the algae brine shrimp eat.

“A lot of the brine shrimp were starving throughout the summer,” Luft said. “[They] took that as a stressor and started producing more cysts, which is more or less good for the brine shrimpers, because that’s what they’re harvesting.”

While they’ll likely have enough cysts to survive this season, several years of hypersaline water and overly stressed shrimp could collapse the industry, and possibly, the lake’s ecosystem.

“If the spring [runoff] can drop salinity back below 18%, it kind of resets the system,” Luft said. “… [But] if we don’t have this reset in the spring, after a couple years, that’s going to start to impact the birds.”