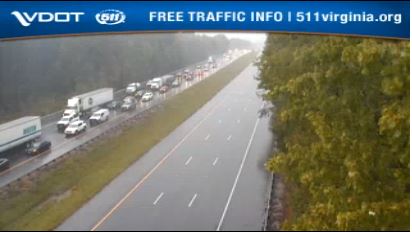 NEWPORT NEWS, Va. (WAVY) — Westbound Interstate 64 in Newport News is expected to be shut down for around six hours on Friday due to downed power lines on the road.

At 1:39 p.m., Virginia State Police said the interstate was expected to be shut down for about six hours, so it’s expected to reopen around 7:40 p.m. Eastbound traffic around 2 p.m. was also at a crawl, traffic cameras show.

The closure runs from Jefferson Avenue past Fort Eustis.

VDOT and Dominion Energy crews are working to reopen the lanes as soon as possible, police say. A detour is being set up.

State police didn’t say what caused the downed wires, but VDOT did report a crash involving a tractor-trailer in the area. WAVY is working to learn more.

Crashes have been reported throughout the Hampton Roads region Friday due to impacts from Hurricane Ian.

This is a breaking article. Check back for updates.