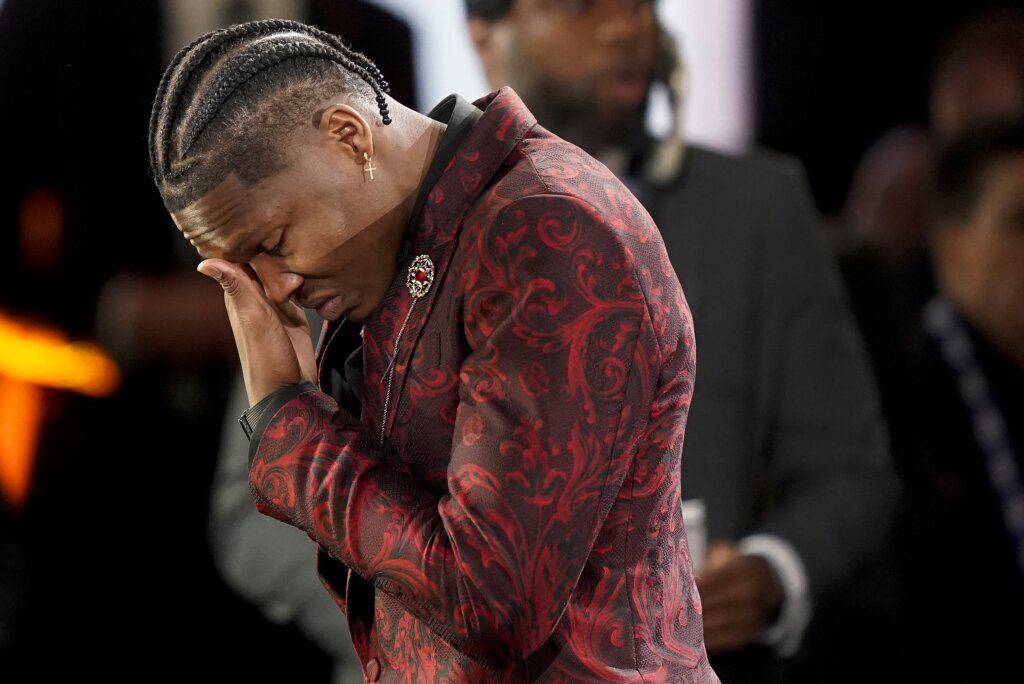 INDIANAPOLIS (AP) — Arizona sophomore Bennedict Mathurin figures he has a lot to bring to the Indiana Pacers. “I feel…

INDIANAPOLIS (AP) — Arizona sophomore Bennedict Mathurin figures he has a lot to bring to the Indiana Pacers.

“I feel like I’m a winner,” said Mathurin, who was taken No. 6 overall by the Pacers in the NBA draft Thursday night. “I’m a really competitive guy. Off the court, I feel I’m a pretty funny guy.. I like doing a lot of fun stuff.”

The Pacers could use some fun after a 25-57 finish in the first season of coach Rick Carlisle’s second stint with Indiana — the Pacers’ fewest wins since 1984-85 when they finished 22-60.

Mathurin, a 6-foot-6 shooting guard/small forward, averaged 17.7 points. 5.6 rebounds and 2.5 assists last season, when he was named the Pac-12 Player of the Year. He shot 45% from the field, including 36.9% from 3-point range in helping the Wildcats reach the Sweet 16 in the NCAA Tournament.

Mathurin was born and raised in Montreal and the Pacers added another Canadian at No. 31 in Gonzaga guard Andrew Nembhard.

“We went the Team Canada route with those two players,” general manager Chad Buchanan said. “Mathurin is a very tough-minded player with a lot of upside. He’s very driven and overcome a lot in his life both off the court and on the court. He thrives on coaching.

“Our team has a lot of needs. At pick 6, we had to pick the best player and best talent and and we felt (Mathurin) was that.”

Mathurin said the looking forward to having an impact right away.

“The staff was really good to me when I went there for my team workout,” he said. “I feel like they believe in me. Having people trust in my game is great.”

“This is a player that we have targeted for quite some time because we believe he has the ability to contribute immediately and become a key part of our foundation moving forward,” Pacers President of Basketball Operations Kevin Pritchard said. “As I mentioned after the NBA Draft Lottery, we intend to aggressively and proactively explore all options that we feel are in the best interest of our team, both in the short- and long-run. “

“We’ve liked Andrew for some time,” Buchanan said. “He’s a very cerebral point guard with a great size. He makes plays for us.”

Indiana reporteldy had a deal with Minnesota to acquire Baylor freshman Kendall Brown, a 6-foot-8 small forward, with the No. 48 pick. The Pacers also used the No. 58 pick to take Hugo Besson, a 6-foot-3 guard from France who will reportedly be traded to Milwaukee.

Pritchard began a rebuild of the team after guards Malcolm Brogdon and T.J. McConnell, forward T.J. Warren and center Myles Turner all had lengthy absences because of injuries.

Warren missed the entire season with a foot injury. Brogdon played in just 36 games while Turner played in 42. McConnell played in 27 games. Both might have been able to play later in the season but were shut down with Pacers’ season going nowhere.

With Haliburton, the Pacers appear to finally have a playmaking ball-handler.

“It’s great to have a guy like Tyrese, who is a leader who likes to pass the ball,” Mathurin said. “Me being around him every day and learning every day will be a great thing.”