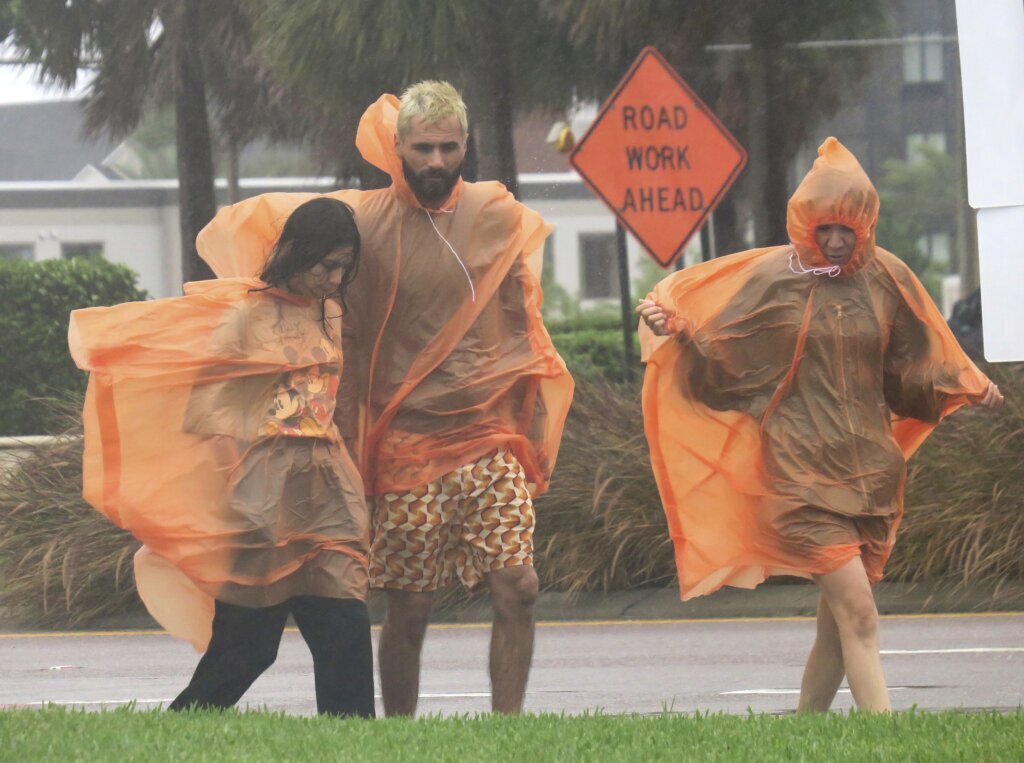 Hurricane Ian will impact the weather around D.C. this weekend, with 2 to 5 inches of rain expected.

Hurricane Ian, which is currently battering parts of Florida, will make its way northward through the Southeast over the next few days.

And because the mid-Atlantic region is in its predicted path, what’s left of Ian will likely affect the weather around D.C. this weekend, with 2 to 5 inches of rain expected for the area.

“It has been very dry, so the ground will be able to absorb the initial onslaught of heavy rain,” said Storm Team4 meteorologist Mike Stinneford, “but look for flooding to become an issue by late Saturday night into Sunday.”

In Virginia, Gov. Glenn Youngkin has declared a state of emergency, which starts Friday, in anticipation of the hurricane’s effect on portions of the state.

“Hurricane Ian is a large, powerful storm, and current predictions indicate that it may impact parts of Virginia later this week into early next week,” Youngkin said in a statement.

As the storm makes its way to the area, Youngkin is encouraging Virginians to “make a plan, have supplies on hand, and follow official sources for the latest forecast information and guidance.”

That forecast has also prompted a warning from Virginia’s Department of Wildlife Resources. In a statement Wednesday, the department advised boaters and fishers to be extra careful due to the heavy rains and strong winds. The department’s spokesperson, Paige Pearson, said Ian has the potential to flood the entire state and bring winds up to 40 mph.

“Please be cautious this weekend, stay inside if you can, and if you must go outside, stay up to date on the weather conditions before you head out,” she said. “And always, always wear your lifejacket when you’re on or near the water.”

Over in Maryland, Gov. Larry Hogan said on Twitter that an incident management team is on its way to Florida.

The situation is fast-moving and continues to develop; you can stay informed by signing up for MdReady/MdListo. Signing up is easy: text MdReady (or MdListo for Spanish texts) to 211-MD1 (211-631).
(2/7)

In Calvert County, Maryland, sand and sandbags are now available to residents at three locations in Lusby, Barstow and Sunderland.

Wednesday night: Partly cloudy and chilly. Lows in the mid 40s in the suburbs and in the lower 50s near D.C.

Thursday: Partly cloudy, with highs in the upper 60s.

Friday: Mostly cloudy with a chance of a shower by sunset. Highs around 70.

Saturday: Rainy and breezy, with highs in the mid to upper 60s.

Sunday: Rainy and breezy — with rain heavy at times and the high around 60.

Several charities are ramping up their response to aid Floridians and others affected by the hurricane.

The dramatic images of the storm’s impact will no doubt motivate many to help assistance efforts, but they need to be smart about whom they help, said Kevin Scally, the chief relationship officer at Charity Navigator.

For instance, people might claim to be with an organization, or they might take a “look-alike” name of a more well-known charity.

The best thing you can do, he said, is go directly to the organization’s website via Google, or visit a website like Charity Navigator’s, which ranks charities on their financial health, their accountability and their transparency.

“If there’s a need for material goods, definitely listen to the organization,” Scally said. “They’re going to know best what they need, whether it’s food, whether it’s medicine, whether it’s pet supplies — really follow their lead.”

And if money is tight, he said, keep in mind that you might be able to help a charity by donating your time or talent.

“Maybe it’s a matter of … advocating for the organization and encouraging other people to give,” Scally said. “We have a lot of different ways that you can give back to organizations that are helping people that need it.”

Here are links where you can donate to help.

Charity Navigator’s website has a list of several other organizations to which you can donate to help with the response to Hurricane Ian.