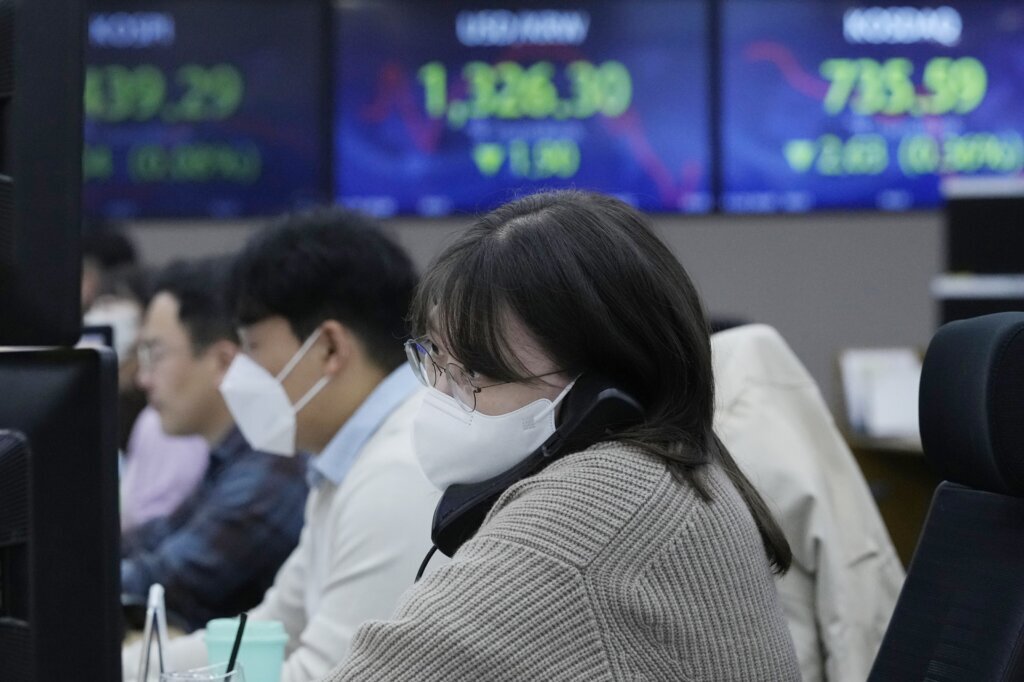 Stocks wavered in uncertain trading on Wall Street Friday, but major indexes are on track to notch weekly gains. The…

Stocks wavered in uncertain trading on Wall Street Friday, but major indexes are on track to notch weekly gains.

More than half of the stocks within the benchmark S&P 500 index gained ground, but losses by some big technology companies weighed down the broader market. High valuations for companies in the technology sector tend to give them more heft in pushing the market higher or lower.

The major indexes are all headed for a weekly gain after a bumpy but short week. Markets were closed on Thursday for the Thanksgiving holiday and they will close at 1 p.m. Eastern Friday.

Markets in Asia and Europe were mixed and crude oil prices were relatively steady.

Long-term bond yields edged higher. The yield on the 10-year Treasury, which influences mortgage rates, rose to 3.72% from 3.69% late Wednesday.

The biggest concern for investors has been whether the Federal Reserve can tame the hottest inflation in decades by raising interest rates without going too far and causing a recession. The central bank’s benchmark rate currently stands at 3.75% to 4%, up from close to zero in March. It’s warned it may have to ultimately raise rates to previously unanticipated levels to rein in high prices on everything from food to clothing.

Minutes from the Fed’s latest policy meeting, released on Wednesday, show that officials agreed that smaller rate hikes would likely be appropriate “soon.” That was welcomed by investors who are worried that continued aggressive rate hikes could slow the already weak economy too much.

Investors also have their eyes on China’s lockdowns and restrictions to curb the spread of coronavirus infections, as the direction China takes will impact the rest of Asia and global supply chains.

China has been expanding pandemic lockdowns, including in a city where factory workers making Apple’s iPhone clashed with police this week, as its number of COVID-19 cases hit a daily record.

Wall Street gets several big economic updates next week. The Conference Board business group will release its November report on consumer confidence, which could give investors more insight on how consumers are dealing with inflation. The U.S. government also releases its closely watched monthly employment report.

Yuri Kageyama contributed to this report.