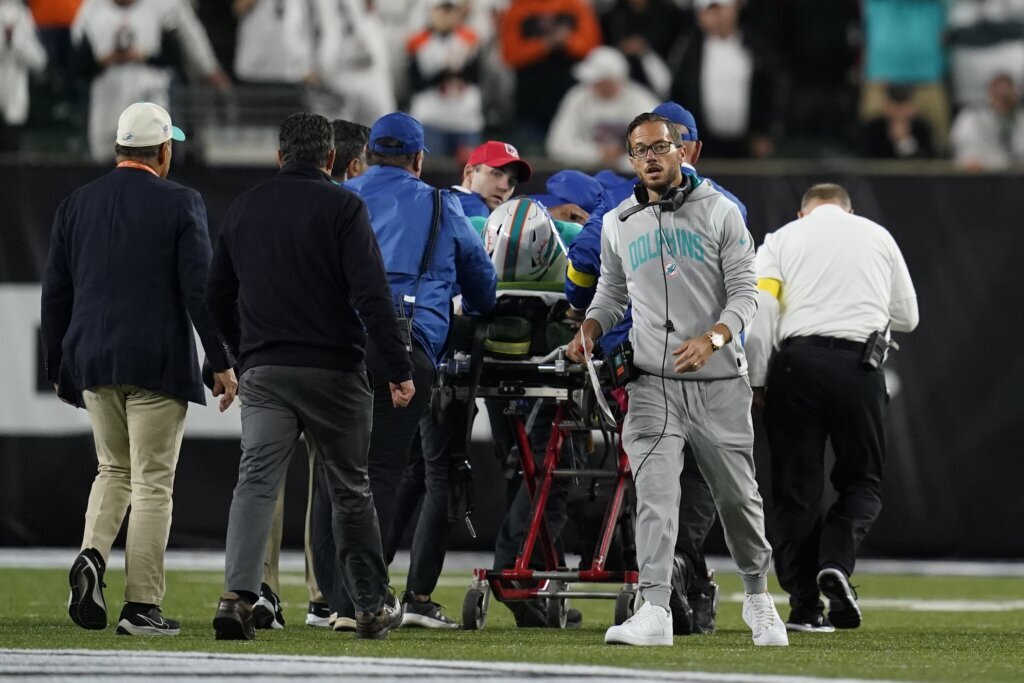 CINCINNATI (AP) — Miami quarterback Tua Tagovailoa was taken off the field on a stretcher with head and neck injuries in Thursday night’s game against the Cincinnati Bengals, the Dolphins said.

Tagovailoa was chased down and sacked by Josh Tupou with about six minutes left in the first half. He remained down for more than seven minutes before being loaded on a backboard, stabilized and removed via stretcher.

He was announced as out with head and neck injuries.

Dolphins players gathered around as he was rolled off the field and the crowd chanted “Tua! Tua!.”

The 24-year-old Tagovailoa was suffering from a sore back and was listed as questionable for most of the week ahead of the game.

He was replaced in the game by Teddy Bridgewater.