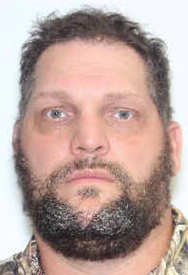 Plattsburgh, NY — The suspect in the July stabbing death of a Plattsburgh woman was convicted of strangling his sister-in-law more than 20 years ago.

Authoriries say Larry M. Hicks Jr. of Tabor City, North Carolina, was last seen about a week after the body of Monique Yanulavich was discovered inside a car in a parking lot off Plaza Boulevard in Plattsburgh.

New York State Police say Hicks was spotted July 21, getting onto a bus in Corpus Christi, Texas, bound for Brownsville on the Southern U.S. border.

In 2005, police say, Hicks was charged in Darlington County, South Carolina with murder in the 2001 death of Michelle Jacobs Suggs. Hicks was eventually convicted of involuntary manslaughter after a key witness recanted their testimony. He was sentenced to 5 years in prison.

Police say Hicks traveled to South Carolina after Yanaluvich’s murder, and members of Suggs’ family say they saw Hicks in his hometown of Hartsville, where he attended a funeral. He was reportedly clean shaven with a fresh haircut.

Meanwhile in Plattsburgh, Town Supervisor Michael Cashman thanked the officers investigating Yanulavich‘s murder and urged the the public to be aware.

“Evil always looms, but it’s how we as a community can look out for one another,” said Cashman. “It seems like a simple statement, but the actions are powerful, if you see something say something.”

Hicks’ whereabouts are unknown. The Brownsville Police Department has released a photo of Hicks and is asking the public’s help in locating him.