csczsd
Final touches are underway for the State Fair of West Virginia - USA News from wvnstv.com 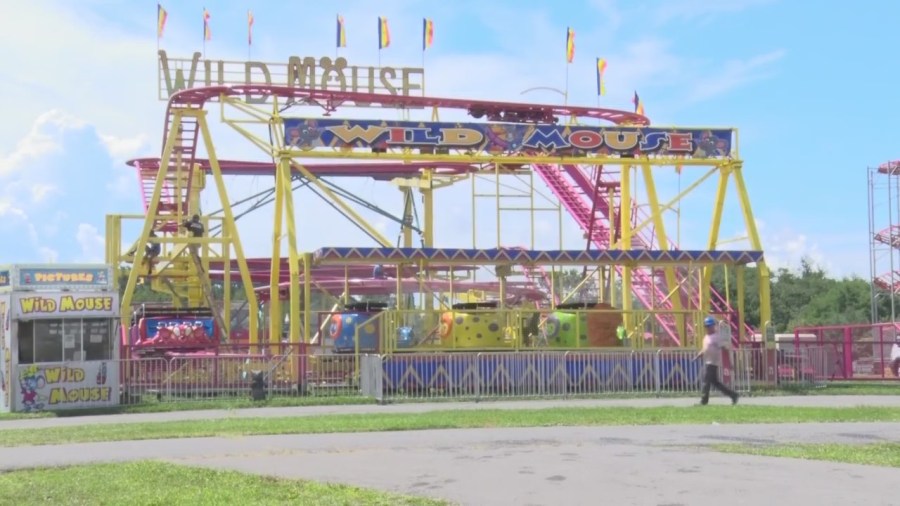 LEWISBURG, WV (WVNS)– It is final prep week at the State fair of West Virginia. Rides are getting their final touch-ups, and food vendors are getting their booths ready to serve up thousands of tasty treats over the next few weeks.

For the Vances, getting ready for the state fair is a family affair, but one that takes lots of hard work.

Once the fair starts, Addy said she’s looking forward to her favorite part of the job. When asked if she eats the snow cones while helping, Addy Vance told us she is the official taste tester!

But, getting fair-ready isn’t always just about eating snowcones. Joshua Darby said he had to lean on some lessons from the past to help him deal with a pipe issue in his building.

“My dad, he helped me get this started, we lost him a couple of years ago,” said Billy Bob’s owner. “So he taught me a lot of little plumbing tricks. He worked here for my aunt for 20 years.”

And of course, the rides are being set up, cleaned up and checked this week as well. In fact, State Fair of West Virginia CEO Kelly Collins says one of the main attractions is being constructed.