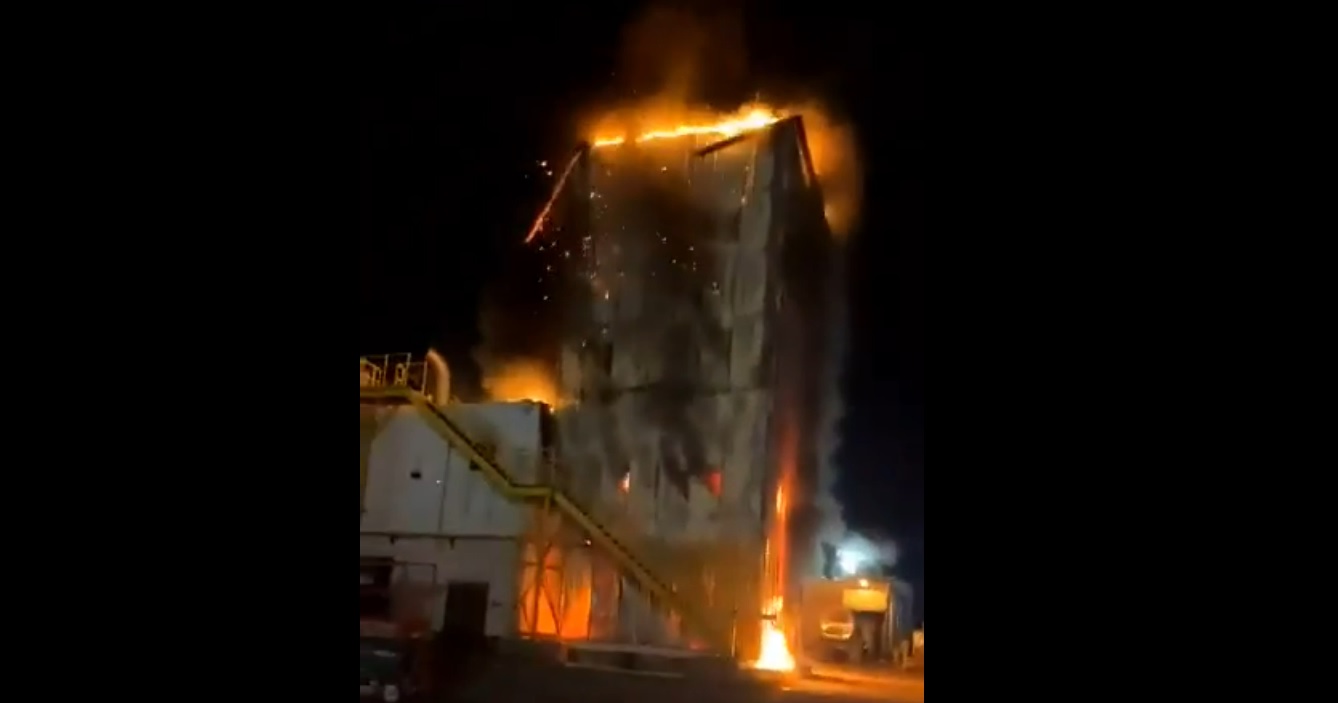 Flames shot out the roof of the two story boiler room structure, but were confined to that part of the facility. PHOTO : Facebook

MOOREFIELD, W.Va. — A spectacular fire at the Pilgrim’s Pride plant in Moorefield was contained to the facility’s boiler room and was quickly brought under control by the Moorefield Fire Department early Tuesday morning.

Fire departments from Hardy, Grant, and Hampshire County responded to the fire at the facility around 1:15 a.m.

“When I came through town there was heavy smoke and flames coming from the back side of the plant. They have what they call a thermal fluid boiler room. It’s a room where they heat oil that goes into their fryers. That room was actually on fire,” said Moorefield Fire Chief Doug Mongold.

The boiler room is in the bottom of a tower-like structure which is more than two stories high.  Fire was observed at the base and shooting out the roof of the narrow structure.

“It was fully involved and coming out the roof. That’s probably a two story building with tanks sitting up high. There was also a four-inch gas line that broke inside the building. We had a lot of flames there for a while,” Mongold said.

Although the oil was flammable, it was a low rating for fire. Mongold said once they were able to cut off the gas supply, the fire was quickly under control and confined to the boiler structure . The flames did not extend into the processing facility.

Pilgrim’s Pride officials have not indicated the extent of damage or if any part of the plant is closed due to the fire. A cause for the blaze is under investigation. Nobody was injured. Firefighters were able to clear the scene in just over two hours.

“It was really a good outcome for as bad as it could have been,” Mongold said.