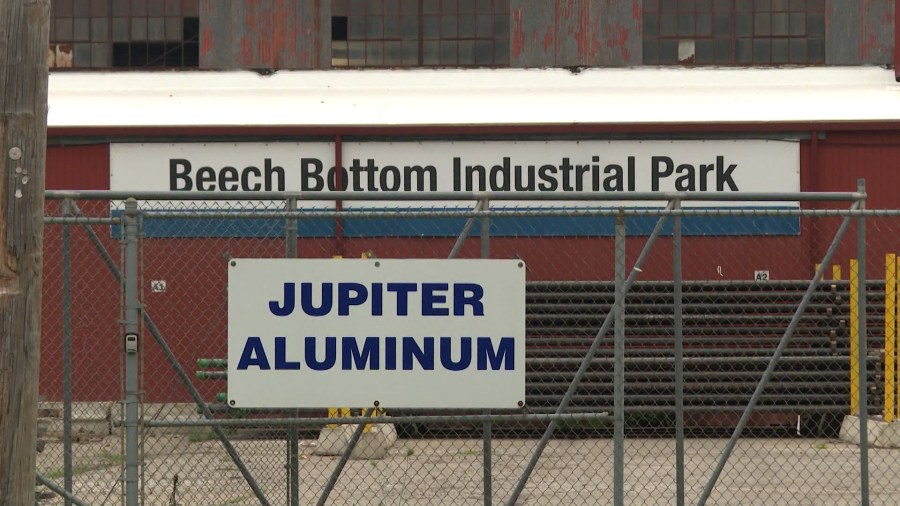 All injuries were reported at Jupiter Aluminum in Beech Bottom.

And just months ago, injuries turned into a death as a man lost his life on the job.

A former employee said she warned the company about conditions that could cause these accidents.

In a 7News exclusive, we investigated these concerns and what we found inside the plant is shocking.

“It’s a matter of who’s going to get killed, we just didn’t know when.”

Tina Collier has been in manufacturing and construction her entire career and was hopeful when she took the job at Jupiter Aluminum.

She said she knew the plant was having safety issues when she was hired.

And so did management. That’s why Tina feels they brought her in to help.

They wanted a production supervisor with some safety knowledge to recognize those issues and correct them.

“And nine days in I contacted my prior safety manager to ask him whether or not I should quit because I had serious concerns about my legal liability if somebody should die on my watch.”

She’s not the only one who saw issues at the plant.

What we got were multiple complaints and allegations of unsafe practices.

We sifted through citations, work-related injury, and illness reports from OSHA when Jupiter Aluminum opened its doors.

Here’s what we found:

In 2018 there were four work-related injuries.

In 2019 there were six, and one resulted in an employee losing the bottom half of their finger.

It continued in 2020 with two work-related injuries

It all led up to 2022 when someone lost their life.

At the time, 7News called Jupiter Aluminum, both the Beech Bottom and Indiana facilities.

We left multiple messages and did not receive a callback.

Once we learned of the OSHA investigation, we reached out again with no response.

Collier says she saw a lot of what, in her opinion, were dangerous work practices, and she reported them to management and OSHA.

“Maintenance manager tells maintenance to build a homemade spreader bar using ratchet straps that are very clearly marked not to be used as a lifting device, to lift rolls that weigh almost 600 pounds.”

OSHA regulations say machinery needs a protective guard around it to prevent injury and death.

“This particular slitter unit at the entry and exit of this line does not have any mechanism, no gate, no light curtain that says if a person walks up to this rotating mandrill, which at times can run 900 ft./min. and even faster. It’s spins quite rapidly, not to mention that sheet can also cut you. There’s nothing to stop you from walking up to it at all and it is required under law to be guarded, it is part of OSHA regulation.”

So with all these accidents, was Jupiter Aluminum ever held accountable?

As of May of this year, months before the fatal accident, there were five citations totaling another $41,435.

Broken bones, amputations, lacerations, muscle strains, and plenty of alleged near misses were listed in the documents.

The worst was a loss of life.

Officials say Daniel Morris of Beech Bottom got caught in a mandrill in July.

His injuries were so severe that he died.

We talked to a former slitter operator who permitted us to use his video from the plant.

He trained Daniel and said he has been trying for eight years to get better safety guarding, like a light curtain to prevent anyone from getting hurt.

As we now know the safety precautions were allegedly never put in place and Daniel paid the price.

She stayed for a year.

Then, in her opinion, she said nothing was being done to make the plant any safer.

Collier says that stress ultimately took a toll on her health.

Because of that, we could not see any of the documents related to that accident.